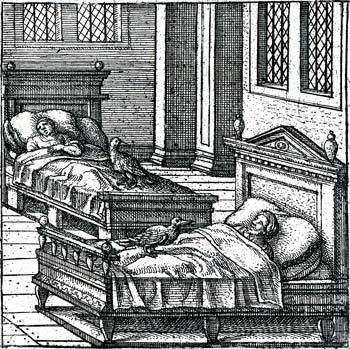 The above image is of a caladrius, a mythological creature said to eat the sins of kings 2000 years ago. The animal makes an appearance in my novel Mom’s Night Out.

I received edits from my editor at S&S for Mom’s Night Out and am set to implement them by April of this year. The distance between good enough and finished is a grand canyon, and I expect a great many late nights. I’m excited about these late nights. I love working toward something, especially when I can see what needs to happen. Hopefully life will cooperate with my schedule. More to the point, hopefully I’ll get better at arranging carpools and ignoring the small things that can wait.

We might change the title, as it’s about a lot more than a mom’s night out. Then again, it’s a catchy title. The story’s set in a walled-off community. A family has fought hard to live there in order to survive. But there’s these weird birds that wander the neighborhood, all treated with great reverence. And there’s this tradition called Hollow that the people celebrate. They say it’s not a religion… but it kind of feels like a religion.

All Event and Tour Info...